CAYUGA, ONTARIO (July 30, 2008) – The next round of the 2008 Pro Modified Racing Association tour presented by Torco Racing Fuels Ontario returns to Canadian soil with the running of the Third Annual Eaton PMRA Challenge Presented by Eaton at Sanair Saturday, August 16.

This event, hosted by Eaton Electrical and presented on the drag strip at the fabled Sanair just south of Montreal, is the major drag racing event in the area and offers Quebec drag racing fans an opportunity to witness the sights and sounds of the “world’s fastest doorslammers.”

“Our teams really enjoy racing at Sanair,” said PMRA Director of Operations Bruce Mehlenbacher. “This track has such a great history in Canadian drag racing, all of us in the PMRA are proud to participate at this facility.”

The 2007 Sanair race was won by Dave Earhart of Strathroy, Ontario. The inaugural event in 2006 was won by the two finalists, Joe Lilienthal of Kenmore, New York, and Carl Spiering of Jordan Station, Ontario, due to a rain-cancelled final round.

Going into this round of PMRA racing, Bruce Boland of Hamilton, Ontario, leads the 2008 Championship Point Award Series sponsored by Wix Filtration Products, Valvoline, Uni-Select, and Moen with 903 points, positions two through five are very close, with only 15 points separating these spots.

Second with 843 points is Jeff Roth of Kitchener, Ontario, followed by Terry Brown of Caledonia, Ontario with 840 points. Randy Jewell of Holley, New York is fourth with 837 points, and Joe Boniferro of Niagara Falls, Ontario, is fifth with 828 points. Mike Stawicki, The Grainy Brothers, Mike Cusimano, Larry Sinke and John Vergotz make up the top ten.

There will be three PMRA qualifying sessions starting at 3:00 p.m. and the Championship eliminations for the top eight qualifiers will begin at 7:30 p.m.

For information about the Eaton Third Annual Eaton PMRA Challenge presented by Eaton on Saturday, August 16 at Sanair in St-Pie, Quebec near Montreal call (450) 772-6400 or visit online at www.sanairracing.com

About the Pro Modified Racing Association (PMRA):
The Pro Modified Racing Association, http://www.ProModifiedRacing.com, was organized late in 2004, started racing operations in 2005, and is entering its fourth year of operation. The PMRA is a self-governing organization with input from its teams, and adheres to the technical and safety rules as outlined by the International Hot Rod Association (IHRA) and the National Hot Rod Association (NHRA). The series has event venues in Ontario, Quebec, and New York State.

Cars in the PMRA capture the true spirit of hot rodding, and the class is one of drag racing’s most exciting and colorful classes, offering a diverse group of race cars with different types of 2,500-horsepower supercharged, nitrous powered and turbocharged engines.

Combining classic body styles and modern equipment, constructors are permitted, within established rules and parameters, to modify and enhance the cars in both appearance and performance. The cars are fuelled by gasoline or methanol, propelling them down the quarter-mile in low six-second times at over 200 miles per hour. The PMRA provides drag race fans the opportunity to see, hear, and experience the popular Pro Modifieds, known as “the world’s fastest door slammers”. 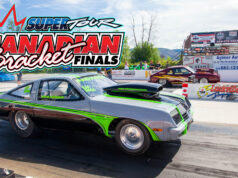 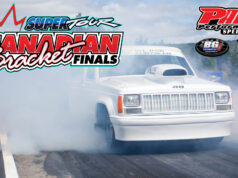 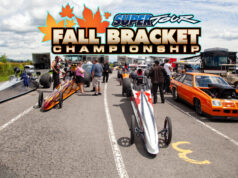 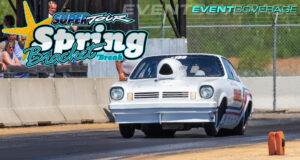